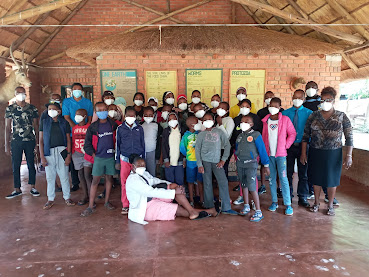 Zimbabwe Diabetes Association (ZDA) in collaboration with Midlands Diabetes Interest Group (MDIG) conducted a Type 1 Diabetes Children Camp which was mainly focused at educating and training the children from 7-15years of age more about diabetes so that they develop emotional and self management skills.

The camp mainly stressed on building emotional and self management skills in young ones as well team building exercises that were conducted with the aim of imparting knowledge on team work either at school or at home. They have to work together with their parents in their daily management, and most importantly to avoid distractions from non-team players. The basics were covered and it was more of an interactive discussion with lots of fun from the participants.

It is no doubt that parents/family living with a diabetic child are the ones that do the necessary monitoring & controlling of their child’s condition whom at this stage are ignorant/ or & reluctant. Thus, families faced with the challenges for caring for a child newly diagnosed with type 1 diabetes mellitus are often overwhelmed by the regimented demands of diabetes care management. Indeed, the support from “Diabetes Team” as was deemed necessary in helping families develop healthy coping strategies (complimenting the work that parents continuously day & night).

The children were empowered and got confident that there were not alone, which might have been the case in their spheres of influence (at home or school). Around 20 children attended plus a whole lot of “Diabetes Team” living with the condition too. Random blood sugar checks & injecting one another (insulin administering) was the order of the day. Thus, they all share the same sentiments, which are significant. The children/kids greatly require continuous monitoring & control from their parents/guardians. Above all the support that a diabetic mellitus patient needs without compromise: access to a hospital; enough affordable insulin and syringes; necessities to test their blood sugar levels regularly; ongoing specialist care from a professional who understands type 1 diabetes; the right to live a life free from discrimination and most importantly the ability to understand their condition, including adjusting insulin dosages and diet.

Without the above aforementioned conditions being met or without policies that looks to ameliorate these heavy sentiments that patients living with lifetime conditions are facing and continuing to face for the rest of their lives, could claim lives or lead to severe/acute complications Thus, diabetes seems to be a threat to a child’s survival and could possibly be a death sentence without policy redress to make medication (insulin) free. This is mostly due to the fact that the children shared that at times they would ration and even miss the entire dosages for days because of unaffordability/inaccessibility.

It was with a heavy heart that there were two children that had the worst case scenarios (both lost their biological parents), living with their grandparents who are/were supposed to fund their grandchildren’s insulin (without fail). However, the status quo proved that these kids were at times going for days without insulin or continual administering of expired medication, no professional advice from the doctor (as with the severe complications which included diabetic coma and diabetic ketoacidosis (DKA)). Such complications would appear only if there were deviations from the prescribed glycaemic control. Both the two children live in the most desolate places; have not seen the school door before; mentally retarded (requiring special attention from the caregivers)), all because of the costs brought up by diabetes.

Type 1 diabetes mellitus is a significant health care concern among children & Adolescents and is currently the most prevalent childhood chronic illness. Living with such a complex condition requires the most from the least that these patients probably possess and cannot have a future without medication (insulin) and its related necessities as type 1 diabetics and so as many others with type 2 who depends on insulin too. 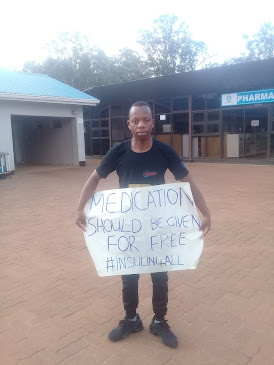 Get involved; Get Engaged and #unite4diabetes 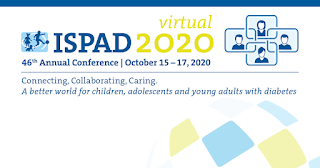 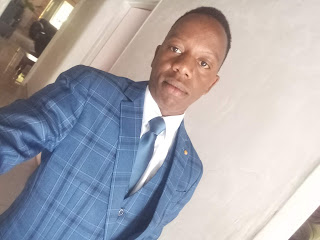 Exercise Management Requires an Understanding of not only “How?”, but “Why” ( and the ability to communicate this to youth )   Goals- participation, health, fitness, spontaneity, fun! Essential Message on Exercise for Youth with T1D: 1.      Activity recommendations for children and adolescents with diabetes are the same as the general population. 60 minutes/day, mix of moderate and vigorous, aerobic and weight-bearing/strengthening activity ( minimum of 3days/week) 2.     Achieving recommended levels of physical activity may be difficult due to disease complexity 3.     Specific barriers can usually be overcome with appropriate education and training. What do we need to know to manage patients and help them manage themselves? 1.     All exercise is not the same 2.     Teach the physiology of Exercise 3.     Address barriers and knowledge gaps 4.     Offer practical strategies Barriers to Exercise 1.      Lack of knowledge: Patients needs education; need to re
Read more